* In case of any delay in receiving the OTP, you may verify it later. Please proceed without verification.

Enter your City name or Pincode

Sangareddy formerly known as Sangareddypeta is the district headquarters of the Sangareddy district in the Indian state of Telangana. Sangareddy has an interesting history. It was named after the ruler Sanga, who was the son of Rani Shankaramba, a Medak ruler during the Nizams.

The Sangareddi Municipality which is spread over 13.69 square km was constituted in 1954 and is classified as a first grade municipality with 31 election wards. 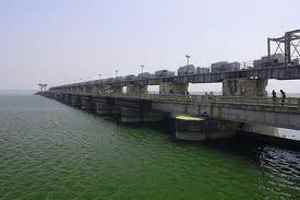 Though a small city, it is economically important. The city has three large-scale public sector industries which are Bharat Heavy Electricals Limited (one of the MAHARATNA companies of the Indian Government), Bharat Dynamics Limited (where one of India's most powerful missiles, PRITHVI was produced), and Ordnance Factory Medak (which manufactures the Sarath tanks for the Indian Army).

Credited as country’s first ever prison museum, the old Sangareddy prison was built by the then Nizam in 1796 and was in use till 2012. Now one can understand the life of a prisoner by paying Rs 500 and understand  the life behind bars. There are no workers and visitors are required to clean their own barracks.

By Road
Since Sangareddy is near Hyderabad, it is well connected to other areas like Secunderabad, HITEC city, Panjagutta and DLF Gachibowli. The NH-9 road passes through the city. Sangareddy has two bus stations, the old for ordinary services and the new for luxury and other services which connects the city to other parts of the state as well as to the neighbouring states.

About 15 km Away from Sangareddy there is an outer ring road which connects to Shamshabad airport - Rajiv Gandhi International Airport, Hyderabad, Gachibowli and Medchal.

By Rail
The nearest railway stations are Lingampally which is about 30 km away, Secunderabad (about 50 km away) and Nampally Station, which is around 55 km away.

In coming years it is expected that there will be Metro rail/ MMTS track to connect the city to Lingampally.

By Air
The nearest airport is Hyderabad International Airport which is 70 km from Sangareddy.

Comments / Discussion Board - About Sangareddy